We are pleased to display our recent acquisition, a 1932 exquisite corpse – a collaborative piece by Salvador Dalí, his wife Gala, surrealism leader Andre Breton and painter Valentine Hugo.

In creating an exquisite corpse, each “player” contributes a part of a drawing, folds the paper to conceal it, then passes it on to the next player for their contribution. The resulting image often resembles a monstrous creature – mismatched legs, torso and head. The goal was to utilize chance in producing something potentially more poetic than what an individual would produce.

In this exquisite corpse , Dalí provided the gun and knife; Gala added arches; Breton contributed hands and an upside down puppet; Hugo provided the foreshortened female torso. It is now on display in the Museum’s James Family Wing alongside two examples of decalcomania which is also a game as well as an artistic technique. The Surrealists enjoyed game playing as a source of poetic inspiration.

In decalcomania, ink is applied to a page, which is folded and opened to reveal an abstract symmetrical pattern. The artist then makes changes to bring out a suggested image. Dalí’s Head of Donkey resembles an insect when inverted; Gala’s Untitled/Decalcomania is asymmetrical, abstract and mysterious. 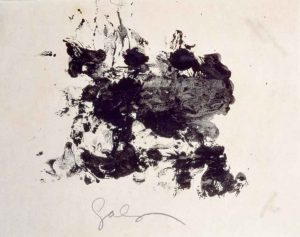 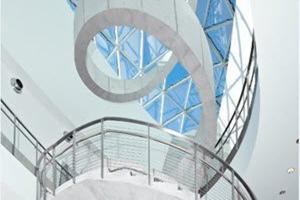 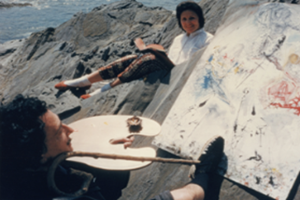 Learn More
If someday I may die, though it is unlikely, I hope the people in the cafes will say, ‘Dalí has died, but not entirely.’ – Salvador Dalí